Call The Midwife Season 10? Who Will Be in the Cast and Other Questions 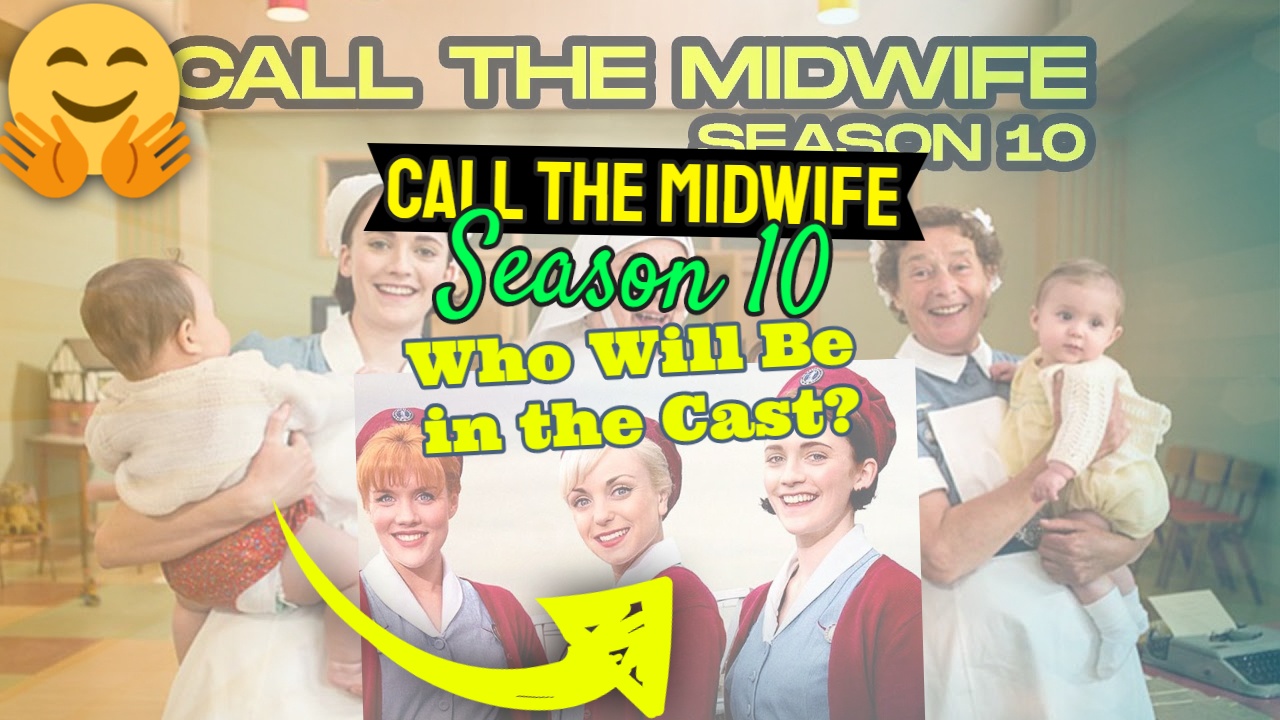 Who will be in the cast of “Call The Midwife Season” 10? Those and many other questions are answered in this our bumper article for all those keenly waiting for more information on this popular series.

“Call the Midwife”, is coming back to the BBC and PBS for season 10, and fans are ready to dive back into the drama and intrigue. After “Call the Midwife Season Eight” was commissioned in March 2019, it transpired that the BBC had signed the studio up for 3 more series of the renowned show, including 3 Christmas Specials.

What will happen in Call The Midwife Season 10?

Will there be another season of “Call the Midwife”? It has already been recommissioned by the BBC for a 10th and 11th series, so expect to see the nuns hard at work until at least 2020. What will happen will be that, in common with the previous series, they will follow historical events and how they influenced midwifery at the time. The best place to find out whatever advance news that is made available on the Series 10 characters and plots will be to follow their Facebook page. But, so far they have been keeping a close lid on what will happen in Season 10 except we did find this: Paul the midwife is returning to filming said Stephen McGann who plays Dr Turner in a video shared to Twitter:

This year’s special will take place in 1965 while everyone at Nonnatus House is looking forward to celebrating and enjoying the circus which has arrived in Poplar nothing seems to go as planned Sister Monica Jones (Judy Parfit) is rushed to the hospital while Trixie (Helen George) isn’t thrilled that she’s received a subscription to the Marriage Bureau as a gift! Meanwhile, Sheila (Laura Main) has a surprise reunion that involves her in a deeply moving birth.

When the show does start to be screened we recommend that your search for “Everything that’s happened (so far) on PBS’ “Call the Midwife” (CTM). Looking back we can see that even just for Season 9 Episode 1 the recap list happenings as: “a foundling, an outbreak, and tights (Oh My!)”.

Is there a trailer for Call The Midwife season 10?

While Americans don’t have the luxury of curling up with a hot cuppa tea post-Christmas day feast to watch the Downton Abbey Christmas special (since PBS doesn’t air the new season until January, we don’t get to see the Christmas special till sometime in February), the folks over at PBS offered up a nice compromise for December 25: the “Call the Midwife Christmas Special”, which had a rare, first-run airing both in Britain and in the US.

The viewers also expected some exotic location to be seen in the Christmas special episode but to everyone’s disappointment this season, “Call the Midwife” will be filmed in the show’s very own suburbs of Poplar says the writer of the show, Heidi Thomas.

Details about the 2020 Call the Midwife Christmas special were revealed on the show’s Facebook account on August 18.

‘Call the Midwife’: Everything We Know So Far About Season 10

Following the news that filming for call the midwife season 10 has been postponed due to the coronavirus outbreak, the makers of the popular show have given fans something to look forward to. Given the fact that the show was renewed through its 11th season back in 2019 – including an 11th series which should start filming later next spring – this means that call the midwife is now confirmed to air through at least 2022.

As the “Call the midwife season 10”  has not yet been completed through all its production, there is no trailer available at time of writing for the new season. Production on call the midwife’s 2020 Christmas Special and Season 10 resumed in the summer.

With the broadcast of call the midwife season 9, full episodes can be streamed for a limited time on the call the midwife page on PBS. 30pm, and is 90 minutes long. Following the festive season, call the midwife will launch back into eight new hour-long episodes which will begin airing in January on BBC One.

Call the midwife has followed historical events just that throughout the series, especially last season when it portrayed the thalidomide drug crisis of the early 1960s. Call the midwife is no stranger to romance, but the love story between nurse Lucille Anderson and her boyfriend Cyril Robinson has been an especially slow burn for the show since they first started dating in season eight.

Call the midwife: Season 9 aired in the US on Sundays, March 29 – May 17, 2020, at 8 p.m. With a VPN, you can live stream season nine of call the midwife from anywhere in the world, but the BBC would like to curtail such use.

The BBC has actually recommissioned the show for a season 11, so call the midwife will be on screens until 2022. May 17, 2020. Following tonight’s big CTM finale, are you interested in learning the call the midwife season 10 premiere date over at PBS? We know that there’s something comforting about the British import, and we’re going to miss it however long that the show is off the air.

The UK’s two biggest broadcasters have ordered new seasons of audience favourites “Call the Midwife”, “Endeavour ”, and “Vera”, guaranteeing new episodes of some of the most-watched shows on British TV.

Twitter. Com/s2szav74hh. — (@callthemidwife1) august 31, 2020. In September, Jenny Agutter also shared a statement: “I have just started filming on call the midwife & am so happy to be back at Nonnatus House, seeing all the cast and crew, albeit six feet apart following all the guidelines! But we are delighted to be working on our Christmas Special.

View all episodes so far on Wikipedia. Visit call the midwife website. Based on the best-selling memoirs of Jennifer Worth, CTM is a story of midwifery in London’s East End in the 1950s. And there’s more good news, as season 10 and 11 have just been commissioned, meaning brand new episodes will be coming our way until 2020!

If it follows previous seasons, season nine will air in the US. So far there hasn’t been much more information released about the future seasons, though it has been confirmed that, as with previous instalments, seasons 10 and 11 will each consist of 8 hour-long episodes and Christmas special, but some are saying that due to lost time during lockdown there will be one fewer instalment in 2021 than usual.

The excellent news is the chronicled series call the midwife is now revived for the tenth as well as for the eleventh season. What did you like best about Season Nine of “Call the midwife?

What Can We Expect From Season 10?

Coming soon. -Order now and be the 1st to own, the call the midwife series 10 DVD. That will be the complete tenth season of this great British show. East London’s Nonnatus house is saved… at least for another year. That was the joyous high point of the Midwife’s Season 9 Finale, which took viewers on another roller coaster ride of emotion with a couple of major storylines.

Notify me when “Call the Midwife” Season 10 is available

The darkness is beautiful. For how else can we shine. Closing lines read by Vanessa Redgrave, Season 9, Episode 8. Call the midwife season 9 premiered on March 29 in the U.S.

When Will “Call the Midwife” Season 10 Release on Netflix?

The British period drama series has been running on the BBC since 2012 and will reach an incredible 11 seasons with the series commissioned up until 2022. There have been points where the series looks to leave Netflix as it has done already in Canada. The original author and creator Heidi Thomas will always be remembered for developing the series idea. For those unaware, the series is set back in the 1960s in East London and chronicles the lives of those helping to deliver children. There are many wonderful characters including, sister Monica Joan. Due to coronavirus stoppages, it could be 2021 before CTM season 10 is available to stream on Netflix. We’ll worry about all that later. The good news is “Call the Midwife” has returned to filming, and unless the pandemic alters its production course again, there will be a Christmas special this year as well as a season 10.

The post Call The Midwife Season 10? Who Will Be in the Cast and Other Questions appeared first on GQ Central.