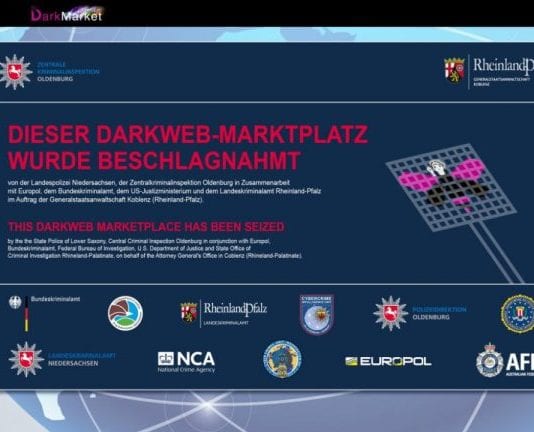 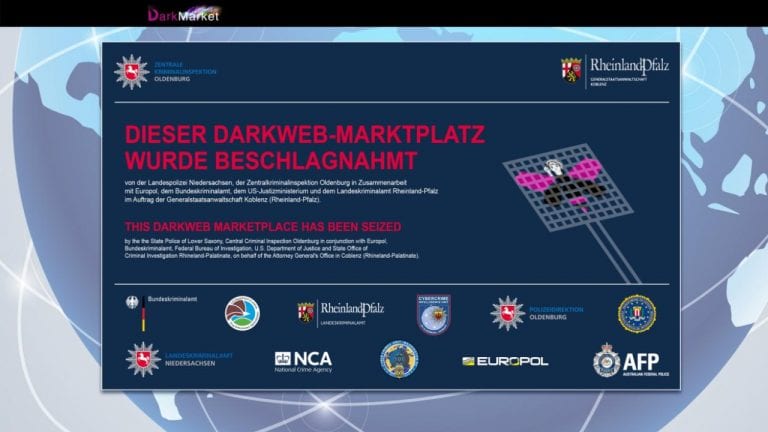 The authorities in seven countries and Europol have jointly taken down Darkmarket, one of the largest darknet marketplaces. The action was taken after the marketplace’s alleged operator was arrested in Germany.

Europol announced Tuesday that darknet marketplace Darkmarket has been taken down. The announcement details:

Darkmarket, the world’s largest illegal marketplace on the dark web, has been taken offline in an international operation involving Germany, Australia, Denmark, Moldova, Ukraine, the United Kingdom (the National Crime Agency), and the USA (DEA, FBI, and IRS).

“At the current rate, this corresponds to a sum of more than €140 million [$171 million],” Europol wrote. “The vendors on the marketplace mainly traded all kinds of drugs and sold counterfeit money, stolen or counterfeit credit card details, anonymous SIM cards and malware.”

Darkmarket’s alleged operator was arrested over the weekend by the Central Criminal Investigation Department in the German city of Oldenburg, near the German-Danish border.

Officers of the cybercrime unit of the Koblenz Public Prosecutor’s Office located and closed down the marketplace. They switched off the marketplace’s servers and seized “the criminal infrastructure – more than 20 servers in Moldova and Ukraine supported by the German Federal Criminal Police Office (BKA).” Europol added:

The stored data will give investigators new leads to further investigate moderators, sellers, and buyers.

What do you think about Darkmarket being shut down? Let us know in the comments section below.